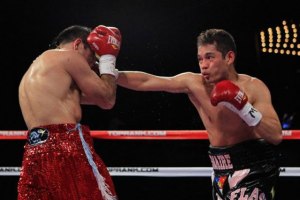 Styles make fights. Every fight fan worth his or her salt has surely heard this old boxing cliche lots of times, and for good reason—the outcome of a bout usually depends on the fighting styles dished out by the fighters atop the squared ring.

In past years, different (and similar) fighting styles have given us the following: the dramatic carnage of the Arturo Gatti and Micky Ward trilogy; the fascinatingly violent ebb and flow of Rafael Marquez and Israel Vasquez’s four fights; the one-sided but legendary bout between Marvin Hagler and Tommy Hearns; the amazing comeback by the late Diego Corrales against Jose Luis Castillo in their first fight; and the shocking upset that was the Rumble in the Jungle, where an older Muhammad Ali’s speed, technical skills, and superb ring IQ proved too much to handle for a younger and supposedly stronger George Foreman.

Of course, these differences and similarities in fighting styles don’t always result in exciting and unforgettable fights, those fights that get nominated for Fight of the Year by The Ring magazine. More often than not, they result in forgettable snooze-fests like Manny Pacquiao-Joshua “the Turtle” Clottey, the second Pacquiao-Marco Antonio Barrera fight (where Barrera changed his style to that of a marathoner), Devon Alexander-Timothy Bradley, Floyd Mayweather-Carlos Baldomir, the last twelve Bernard Hopkins fights, and the recent Nonito Donaire-Omar Narvaez fight.

Speaking of the latter, on to the bullets: